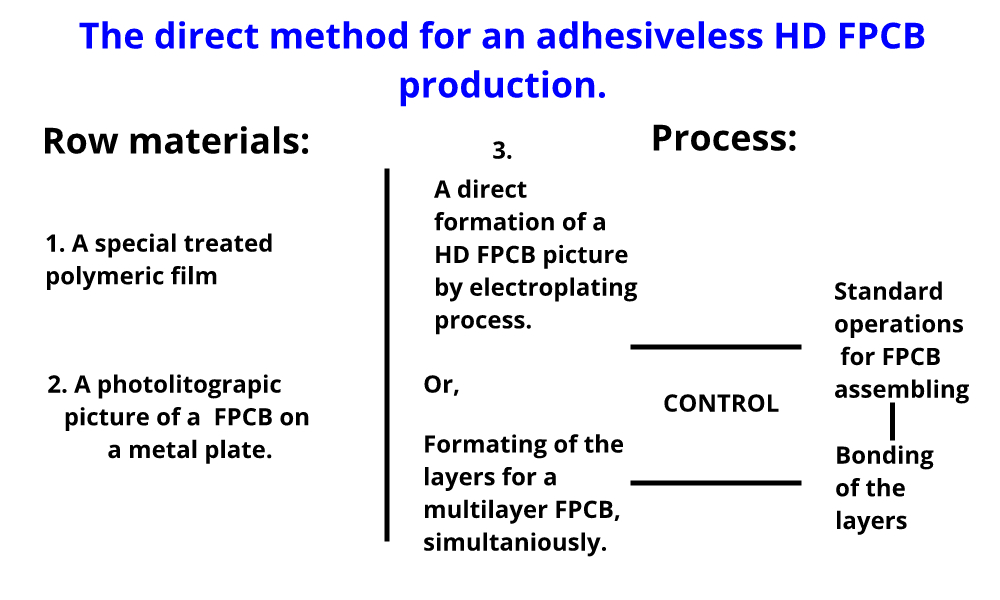 The main parameters for the HD FPCB production process, just for 3 steps.

Base materials, these products are available on the market:

PI, PET and another polymeric films (Kapton. Mylar or similar).

The speed of a film treatment : R2R process (3 steps):

Materials for a previous process:

A metal plate in accordance with a size of a FPCB pictire and the film.
A standard photoresist and equiepment for HD FPCB picture creation. For ultra fine conductor lines from ~ 5 microns for a width.
A duration of the standard process is ~ 2 hours.
The metal plate with a photolitigraphic pictures has being used for a few times ( up to 5-10 times) in the production process.

The electroplating process.
The 3-d step.

A standard Cu- electrolyte. A power supply.
An electroplating bath. A standard washing and drying equipment.
Material of a conductor layer is cooper ( an electroplating quality).
Another metals and alloys could be used.
The thickness of a electroplated layer is from 2 microns , on demand.
All layers of a multilayer FPCB have being prepared at the same time in the equal conditions, simultaneously.
Nobody can do the same yet!
A duration of the process (sheet –by -sheet) is :
15-20 min for a single sided FPCB,
30-40 min for a duplicated picture on the back and for a multilayer FPCB. 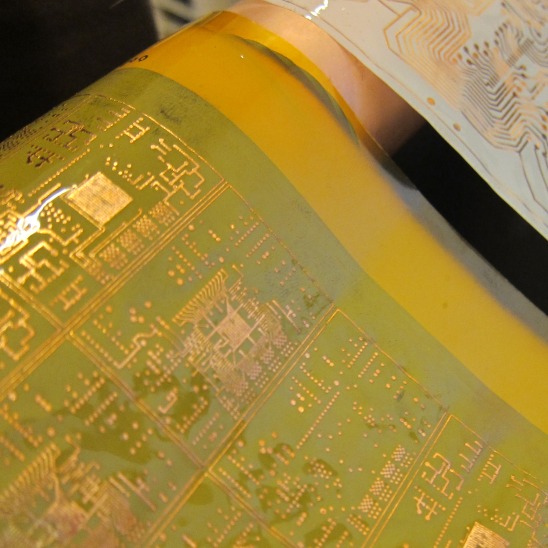 So,
The final product’s cost is cheaper
in 3-4 times.
The production process is faster,
in 10 times.

A level of reliability could be higher on orders.

Now, using the Reutov’s technology,
even a scholar can prepare FPCB in a class room .

It could be really affordable for everybody .